< Go Back to Maps Page

Click on a map to view it in further detail. 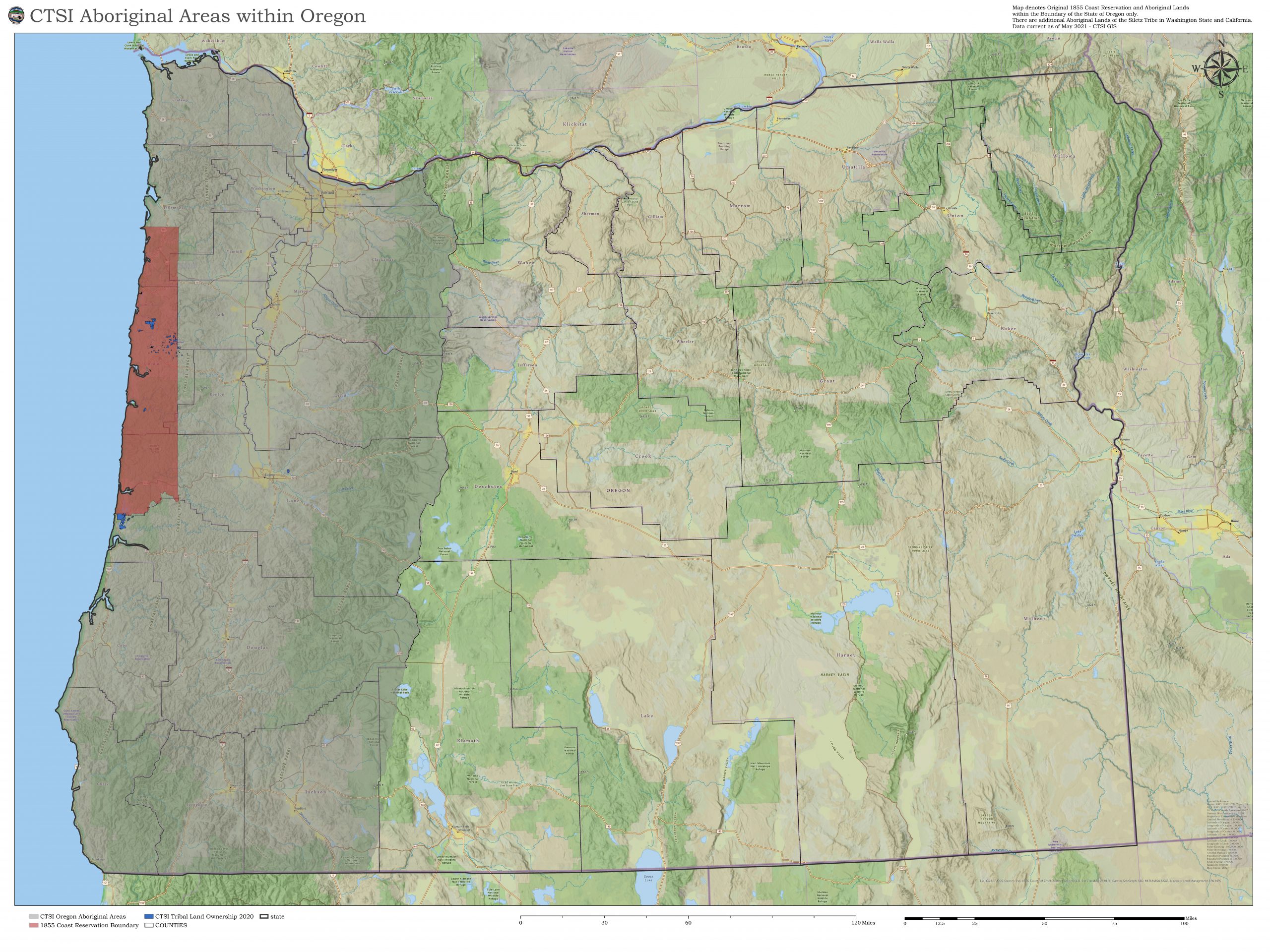 Aboriginal lands of the tribes that were confederated. 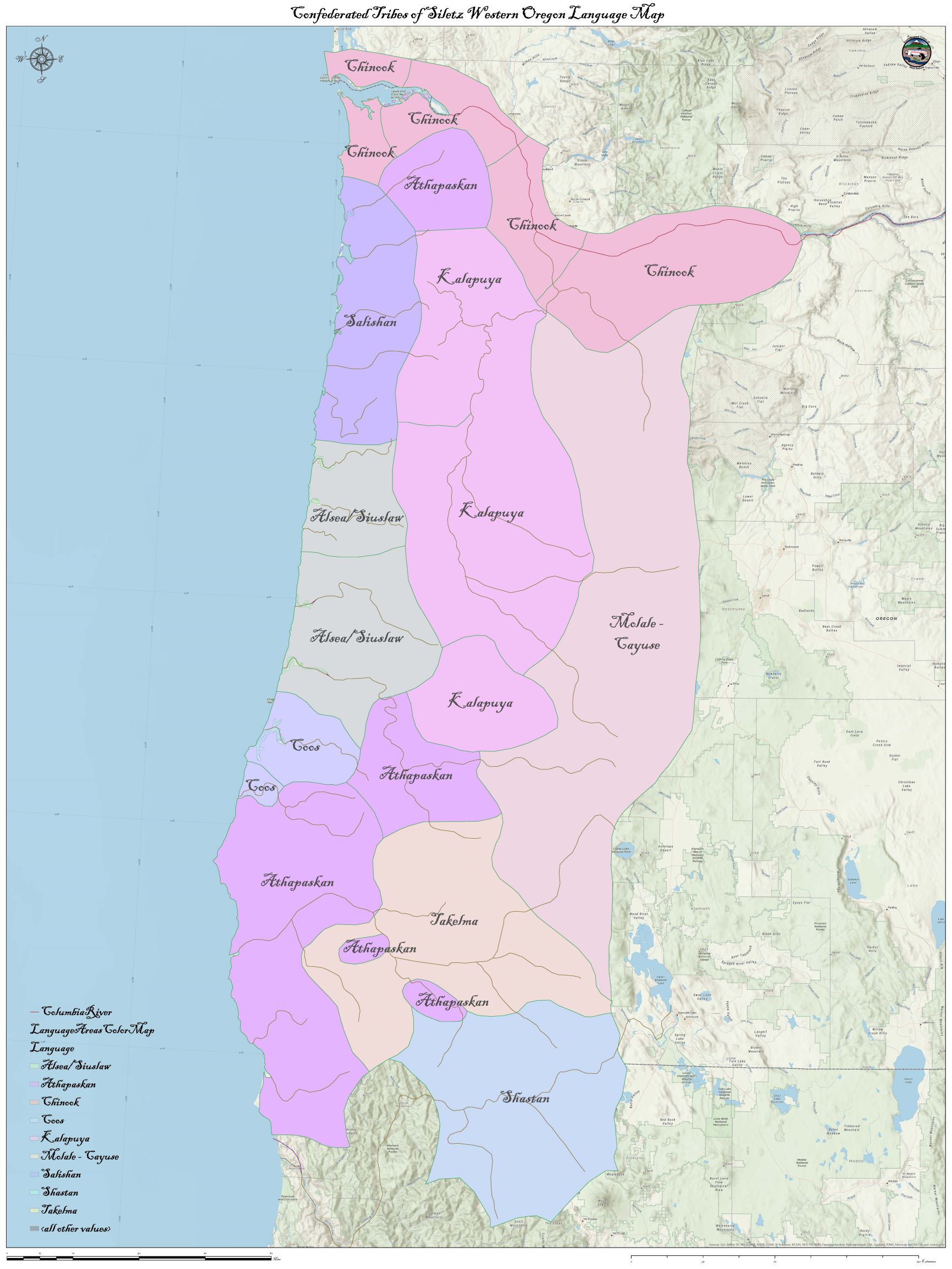 Siletz ancestral tribes and homeland, with an overview of the languages spoken in those areas. 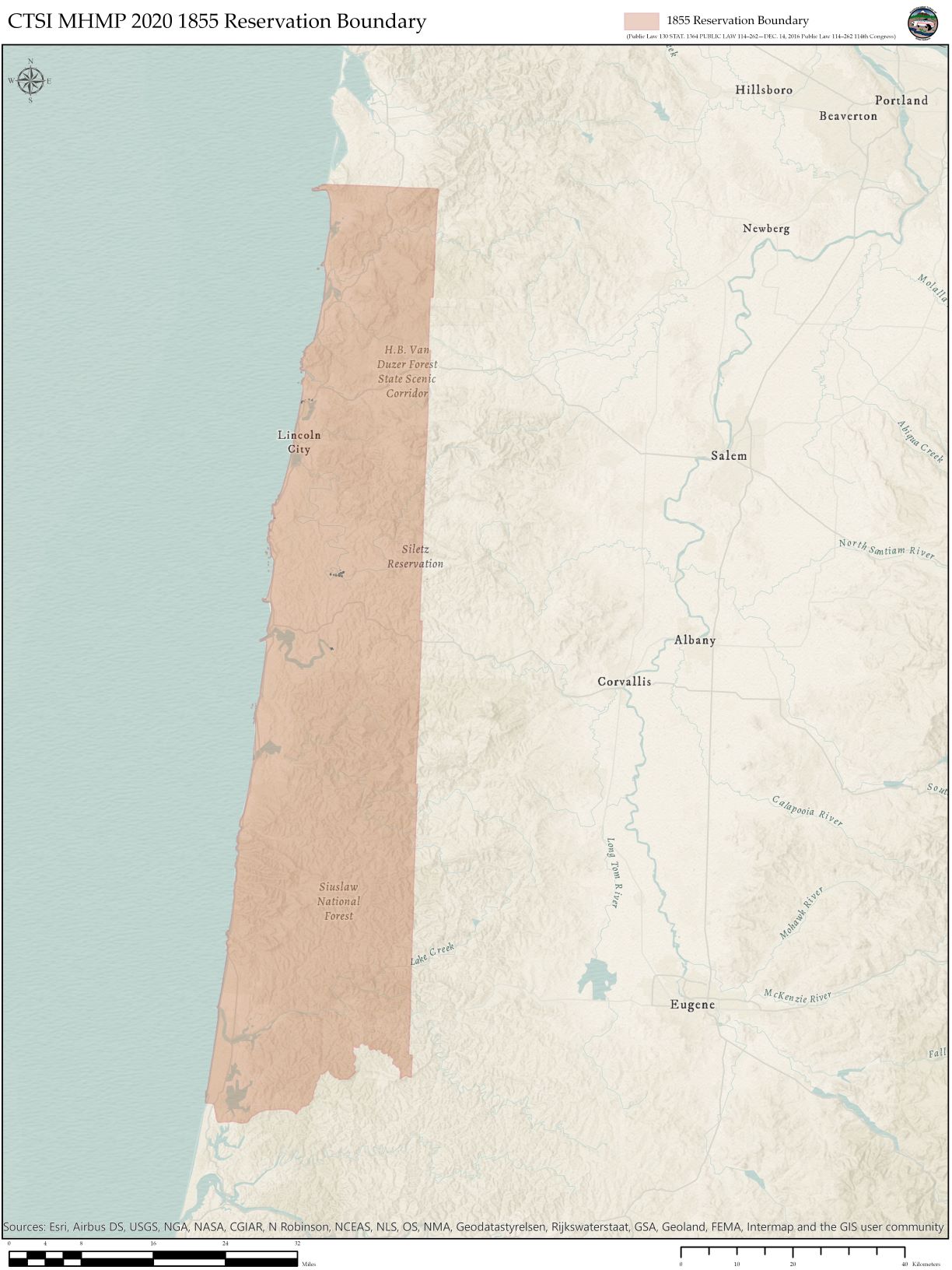 Reduction in the original Siletz Reservation.

Please refer to the disclaimer below.

Disclaimer for the Original Allotments Map

Allotment at Siletz was a fluid process to some degree. Allotment schedules were drafted, and in some cases changed, and then submitted for the trust papers to be issued, and in some cases, clerical mistakes were made. Sometimes allotments that were supposed to have been made were overlooked, so that by the time the mistake was caught, the lands had already been claimed by a non-Indian homesteader, or a parcel assumed to have been allotted to one Tribal member actually ended up assigned to another, and some members officially “traded” allotments, etc. With Congress passing the Siletz Indian Inherited Lands Act in 1901, restrictions on the amount of allotment land an individual member could hold in trust were applied, and as a result, Siletz allotments were speedily lost from trust status and Tribal member ownership (generally sold by advertised sale by the Siletz Agency of BIA). By 1912, over half of the Siletz allotments were out of Indian ownership. This map is generally accurate as of 1894, but may not reflect some of those changes, described above, which happened at different times.

Tract 579 refers to the area of our Siletz reservation not already opened to settlement when allotments were assigned in 1891-92. The designation as “Tract 579” comes from Charles Royce’s Indian Land Cessions, a volume compiled under contract with the U.S Government and published in the late 1800’s to show treaty reserved and ceded areas where lands had been taken (whether properly and legally or not, whether by Congress or Executive Order, etc.) and where lands remained reservations at that time. In other words Tract 579 refers to the lands within our Siletz reservation remaining after the 1865 and 1875 reductions. After the 551 allotments were issued (536 original and 15 supplemental), the Secretary of the Interior declared the rest of our reservation surplus, and our Tribe was forced to cede the remaining lands, except for 5 sections of Tribal timber reserve (to which we would have the first [recognized] commercial rights). The remainder was “bought” for 74 cents an acre, adjusted through the claims process some years later – because the original payment was recognized as being “unconscionably low”.

“Grand Ronde – Siletz Agency” refers to the time period after 1908 or so, when Grand Ronde closed as a separate BIA Agency, and those duties folded under those of the Siletz Agent. When the Roseburg Agency was closed (which had been established to assign and administer trust responsibility for SW Oregon and Northern California off-reservation Indians’ allotments) those duties were also under the Siletz Agent. These off-reservation allotments are often referred to as Public Domain Allotments or 4th Section Allotments, because they were allowed to be assigned from “open and unclaimed” lands within the Public Domain (U.S. Govt. Lands), and they were assigned to individual Indians who had “severed their tribal relations” and were on the path to citizenship – not living in a tribal reservation/community. The 4th Section of the 1887 General Allotment Act (also referred to as “The Dawes Act”) allowed these allotments for off-reservation Indians as individuals, because they were not residents of or constituted a recognized tribal community. Many Siletz families had interest in off-reservation allotments, in fact, some were issued within our original reservation, and some Indian Homesteads as well (treated much the same as off-reservation allotments – but issued under 1870’s amendments to the Homestead Act).